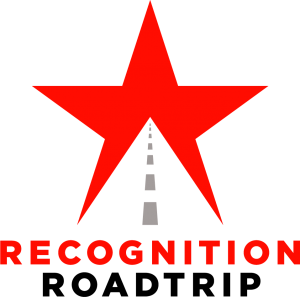 After traveling over 2,100 miles, the Recognition Roadtrip Bottle has arrived at the Mexico-U.S. border in Del Rio.

CCSWB has roots in Del Rio dating back 50 years. For several decades, the great heroes at the Del Rio facility have maintained a strong community presence in this border town. Over the years, Del Rio has introduced mentorship programs where CCSWB employees take local children fishing, and they have sponsored several fundraising marathons for local nonprofits and schools. Del Rio heroes also partnered with the local high school to hold an event called “Power your School,” where CCSWB provided Powerade coolers and products to the school and their students.

Last fall, Del Rio was thrust into the national spotlight due to a rush of immigrants crossing the border.  State and federal government officials as well as local companies like CCSWB worked together to assist the Del Rio community.

Al Flores, Route Sales Manager at CCSWB, said, “Del Rio has a rich, family-oriented focus,” and CCSWB leaned into this focus, rallying around its community to aid federal, state and local organizations in providing beverages and support to address the needs.

“There was so much uncertainty,” said Flores. “Although we are a stone’s throw away from the border, we had never seen such a large influx of people into our town before.  CCSWB was quick to act — ensuring our employees and the community needs were all taken care of.”

There are now two permanent campgrounds for the National Guard and federal agents supporting border officials, and CCSWB is working hand in hand with all government representatives to ensure everyone has the necessary supplies they need.

“We even coordinated with our clients to provide a Thanksgiving meal for officials and give them a sense of home,” Flores said. “It’s an honor to be a part of an organization that is constantly focused on helping other people.”

Holiday with a Purpose

During this holiday season, the Recognition Roadtrip Bottle is making its way into the Coca-Cola Southwest Beverages (CCSWB) central Texas facilities, and it is a busy time! Within a two-month window, the team will see a 15-20% spike in the number of cases moved. This is the time of year that our dedicated heroes are working around the clock filling orders, communicating with our customers and moving thousands of cases a week to ensure our communities all have the products they need for the season. But, even through the holiday surge to meet consumer demand – it won’t stop CCSWB from giving back to our communities in amazing ways.

“The holiday season is unlike any other time of the year for CCSWB,” Sean Whitehead, Sales Manager III at San Antonio and Del Rio, said. “While we have the large increase in demand, our team remains the same size, so it requires a lot of collaboration and problem solving to ensure products are out on the shelves. From our sales team to our warehouse team and drivers, everyone at CCSWB works tirelessly to deliver the best holiday season possible for our community.”

Concurrent with the holiday spike, CCSWB leads a “Holiday with a Purpose” initiative whereby each facility partners with a local nonprofit to give back to their respective communities during the holiday season. This year, the San Antonio and Del Rio facilities have partnered with Family Service, a local nonprofit focused on providing underserved families with the necessary education and supplies to help their families thrive.

“It’s an honor to be a part of a team that is exclusively ‘others-focused’ and I’m so glad the Recognition Roadtrip efforts allow us to shine a light on the great work our team does,” Whitehead said. “The environment we facilitate is unlike any other I’ve been a part of.”

Whitehead started working at CCSWB fifteen years ago as an Overnight Sideload Driver, and he says he has seen amazing growth in the culture of CCSWB throughout the years.

“It’s no shock that a lot has changed in our communities over the years, but at the core, CCSWB has remained focused on others,” Whitehead said. “It’s never a one-sided conversation. Our culture is built on the input and desires from team members at every level of our organization, and that makes CCSWB feel like family.”

CCSWB’s culture enables its associates to make a tangible impact in their community even during the holiday spike. Whether it’s delivering truckloads of product each week, providing each community with a fun holiday experience, partnering with local nonprofits, providing family fun days for CCSWB employees, or taking the 5-foot-tall Recognition Roadtrip Bottle around our communities, the incredible work CCSWB does all starts with our outstanding heroes.

“The obvious explanation behind our community impact is the amazing heroes CCSWB employs,” Whitehead said. “CCSWB’s collaboration makes everyone feel like we are a family, and that feeling allows us to do great things for both our clients and the communities we live in.”

Uncovering Mysteries on the Road to Roswell

After traveling over 1,300 miles, the Recognition Roadtrip Bottle has made its way to Coca-Cola Southwest Beverages’ most western facility in Roswell, New Mexico. Yes, THAT Roswell – the New Mexico city that became a mecca for UFO theories based on an event that happened in 1947 (read further for background*) and has gained popularity over the last five decades as the center of paranormal activity research.

CCSWB’s relationship with the Roswell community dates even further back than the alleged UFO sighting in 1947! CCSWB has served this mysterious town and its population of 48,000 since 1936 and currently has 30 amazing heroes that work every day from our double bottom facility to provide the community with Coca-Cola products.

Once the Recognition Roadtrip Bottle made its way to town, our Roswell team, led by Randy McCloud, Sales Execution Manager, took it along to further investigate the infamous UFO sighting of 1947 – they even brought a film crew to document their findings. Starting at the Roswell Visitor Center, the team traveled to the numerous sites highlighting the craze for paranormal activity. They even saw a few green aliens along their way! 😉

Although the verdict is still out regarding what happened on that warm summer night in 1947, our Roswell team and the Recognition Roadtrip Bottle escaped alien abduction and have a video that documents their experiences, which you can check below.

*Roswell, NM background according to the Roswell Daily Record: Founded in 1891, Roswell grew as the United States military built bases in the town’s surrounding mountains. For many decades Roswell was a quiet community where the military would research new technology and train recruits. However, everything changed in 1947 when Roswell residents claimed to see flying saucers. After the first reports, metal debris from an unidentified flying object was found scattered across several miles of a New Mexico ranch. On July 8, 1947, the United States Air Force took control of the investigation. They obtained the debris of the UFO and claimed further tests determined the flying saucer was just in fact a weather balloon.

The Roswell incident faded from public view for 30 years, until the 1970s when books, TV shows and films depicted recreations of that infamous day in 1947. Uncertainty arose as the general public began to claim there were discrepancies surrounding the original investigators findings. Since then, Roswell became the center of paranormal activity research as millions have flooded the New Mexico town throughout the years to uncover the truth.

Throughout CCSWB this month, all of our associates are participating in local family fun days.  In Abilene, CCSWB employees and their families gathered at Denton Valley Farms to enjoy each other’s company. Featuring a pumpkin patch, corn maze, paintball shooting range and hayrides – people of all ages were able to unwind from their busy week while enjoying the beautiful weather.

Check out the wonderful pictures below from the Family Fun Fest! Also, make sure to check out the interactive map which allows you to track the route the Recognition Roadtrip Bottle has taken!

As we kick off the Recognition Roadtrip, it’s important to recognize that our success starts and stops with the CCSWB Private Fleet Transportation team.

Every day, our Private Fleet Transportation team moves Coca-Cola products back and forth between our distribution centers and production center facilities. The Transportation leadership team received Arca Continental’s 2021 Value Generation Cup for being people focused and driving employee engagement.

Now, they have an additional mission: ensuring the 5-ft Coke bottle safely makes it way to all our facilities over the next six months so all of our heroes can get the recognition they deserve.

Special events driver Mike Roadruck from Ft. Worth was the first driver to start the Recognition Roadtrip, moving the bottle from Dallas to Ft Worth, where Cade Lindsey and Hilda Velez put it on a trailer to Quapah driven by Michael Cowley. Adam Whitson and the S&R team in Quapah sent to Okmulgee, Oklahoma, the first stop along its route.

“The Recognition Roadtrip gives frontline heroes within CCSWB a fun opportunity to show off their beautiful and diverse towns,” said Clark Greer, private fleet transportation manager. “I’m beyond excited to see the creative ways our heroes will use this bottle to celebrate the great work they do.”

Greer notes that the fleet team’s motto is to “Move Coca-Cola products safely, effectively and efficiently from point A to point B.” CCSWB employs 178 transport drivers who expertly move Coca-Cola products to and from facilities across Texas, Oklahoma and New Mexico. Although the bottle may be a little larger than their usual deliveries, the motto for the Recognition Roadtrip remains exactly the same.

“This company is relatively young,” Greer said. “However, the amazing people who are the foundation of CCSWB have created a culture unlike any other. Without each one of our heroes, we wouldn’t be where we are today.”

The Recognition Roadtrip will end in Dallas/Fort Worth in April 2022 to celebrate the 5-year anniversary of CCSWB.

Be sure to keep an eye on social media and www.cocacolaswb.com/roadtrip to see the updated journey of the bottle through every CCSWB facility over the next six months.